I had always dreamt of sitting on one of those open jeeps, exploring wildlife in the freedom of their natural habitat. After imagining what it would be like over the years, I finally had the chance to visit South Africa and so decided to set out on an African safari! It was nothing short of awe-inspiring.

I first landed in Johannesburg and took a flight from there to Hoedspruit. Hoedspruit is considered to be the gateway to the country’s wildlife and also shares the Air Force base’s airfield, making it the second largest runway in South Africa.

Another interesting fact about this airport is that because of its close proximity to the game reserves, the airport authorities have “employed” three cheetahs who roam the base freely and chase off small mammals to keep the runway clear. My South African holiday could not have kicked off on a better note!

I wasted no time after landing at Hoedspruit to reach Naledi Ekovenkeni. Located in an exclusive private reserve within the Greater Kruger National Park, this luxury game reserve overlooks a dry river bed and a watering hole; and is pure paradise. Everything from the service to the game drives was exceptional and beyond 5-star luxury.

The room I was allocated overlooked a wildlife waterhole. This was so special as I was able to enjoy looking at daily visitors to the hole, which included elephants, hippos, giraffes, zebras, impalas (bambi!) and a herd of lions! Seeing wildlife wandering around while I was sipping on my coffee was beyond surreal and my morning breakfast views took on a whole new meaning in this place.

Dinners at Naledi were equally amazing. The staff went above and beyond to create unique and beautiful dinner set-ups; with a campfire and different African themes every day across the lodge. On one of the nights we enjoyed our well-done steak while watching two hippos fighting in the nearby river!

I would highly recommend staying in Naledi Ekovenkeni in Balule Nature Reserve. It can be expensive but then most lodges in South Africa are. Having said that, their rate also includes two game drives (per day) to see wildlife on jeeps and three meals a day.

Now, I know that Kruger National Park is the biggest park in South Africa and instinctively that is where everyone goes but do consider Balule Nature Reserve. After sifting through reams of information and a lot of research, I decided to stay here and would highly recommend Balule Nature Reserve, as it also shares the border with Kruger National Park and therefore has the same animals.

Additionally, only two cars are allowed to observe animals simultaneously in Balule, whereas there is no limit to the number of cars observing an animal in Kruger which means you may not get a chance to have a private encounter with them. There is also a reasonable time restriction on how long you can observe animals in Balule, which means everyone gets a fair chance and the best part is that you can drive into the bushes instead of sticking to the road, so you are more likely to find them!

Be prepared for a knock on your door at 5am for breakfast and your first game drive before sunrise. If you are not an early riser (like me), believe me, you will not regret waking up early once you are on that jeep. If you find it difficult to wake up that early, don’t worry wildlife noises surrounding the lodge will certainly help you out on that front!

The second game drive takes place early afternoon and ends with a lovely little picnic right in the middle of the forest at sunset with a hot chocolate and delicious cakes! On your way back, you have the chance to explore predators in the night.

We were accompanied by extremely knowledgeable game rangers and were a group of five people. The rangers were amazing and shared so much of their knowledge while they were taking us through the park. I was amazed by the stories and learnt so much about these animals and their behaviour, which was so contrary to the “aggressive” nature portrayed in movies and otherwise.

On our first day, we witnessed a lion slowly creeping behind our jeep to hunt a baby giraffe. It was scary and sad at the same time, as the young one’s mother was a few metres away and was unable to save her child. She looked on helplessly. It was the saddest part of my trip. Be prepared to be faced with a rude reminder about nature in its rawest form – seeing this was not a pleasant sight, but then you’ve got to tell yourself that this is life and it’s all about moving along the food chain!

Towards the end of my trip – I managed to see the big five – elephant, leopard, lion, rhinoceros and the wild buffalo. We also saw a number of giraffes, impalas (remember Bambi?), hyenas, herds of lions, lots and lots of baboons (they were everywhere), wild boars, hippos, zebras and black bucks!

My highlight was no doubt, coming uncomfortably close to a massive leopard on the first day and I couldn’t believe how close we were to it. See the pictures below if you don’t believe me!

As part of our stay, the game reserve offered us a private bush walk where we could walk right into the bushland to experience it on foot. I was not in for this offer for obvious reasons but after being assured that it is completely safe and walking behind  armed rangers, I decided to go in! Before the walk, we were given simple rules to follow, like to stay put and not run if we were faced with one of the big 5’s (leopard, lion, elephant, buffalo and rhino) in the bush. It was also interesting to learn that every animal will send a signal before attacking  – except for the wild buffalo which makes it the most dangerous animal to come to face with. Luckily, we didn’t have any such encounters but enjoyed the walk learning about different species, plants in the bush and how rangers track animals in the bush.

This was another one of the many exciting (and scary!) experiences that was part of my South African safari trip! During our stay, we went for a ‘hide’ session. This includes relaxing in a small hut built on a height overlooking a scenic waterhole to experience the serenity of the bush and see wildlife visiting the waterhole. The reason it’s called a hide, is because you get a chance to observe wildlife as if you are amongst them, yet away from them. As we were in such close proximity to these animals without a guide, it was extremely frightening but so fascinating at the same time to see them at such close range and at our own leisure!

In summary, no number of pictures or videos can make you feel what you will feel when you are in the middle of an African safari. It’s an unforgettable experience you must have at least once in your life. It certainly isn’t budget-friendly but it is completely worth it and will make you wonder why you didn’t jump on that jeep earlier! 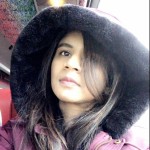 Welcome to my world!

Thank you for landing on my page. Keep spreading love and make everyday count! x

Never miss a post from Making Every Day Count!

Why an African Safari …

Paris is always a …

Making the most of …